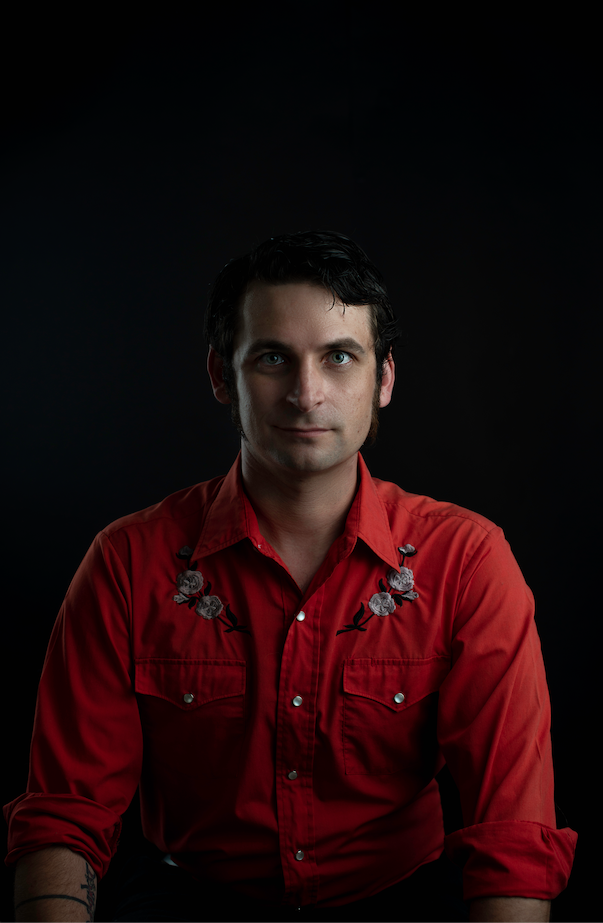 Carl Antonowicz is a Texas-reared, Tulsa-based illustrator, performer, writer, director, cartoonist, and calligrapher. He dabbles in medieval history, the occult, theatre, and any of a number of other enterprises. Most recently he mounted the comics/performance hybrid THE FUTURE WITHOUT YOU at the Tulsa City-County Library. Antonowicz's staged work is a hybrid of radio play, stage play, and live comics reading. Actors give both voice and motion to still images projected on screens while producing live Foley effects that enrich and complement the action of the story. Audiences are forced to split their attention between drawn image, moving actor, and sounds from unexpected sources, all of which contribute to creating a gesamtkunstwerk that draws the viewer into the narrative at the core of these performances. Antonowicz also makes comics for print. In 2020, he finished his most recent book TURMRING, which was serialized at two pages a week for Patreon subscribers over the course of the past year. His earlier work has all been self-published and self-distributed all over the Northeastern United States. Antonowicz was born outside of Philadelphia and reared outside of Dallas. He earned his BA in Fine Arts and English Literature at Austin College in 2008, and his MFA in cartooning at Vermont's Center for Cartoon Studies in 2011. The project that will consume Antonowicz's creative time over the next year or so is a solo performance comic entitled THE ARDENT, which is inspired by the holy jeweled skeletons of the Low Countries, the culture and art of the Polish region of Silesia, and EC horror comics.