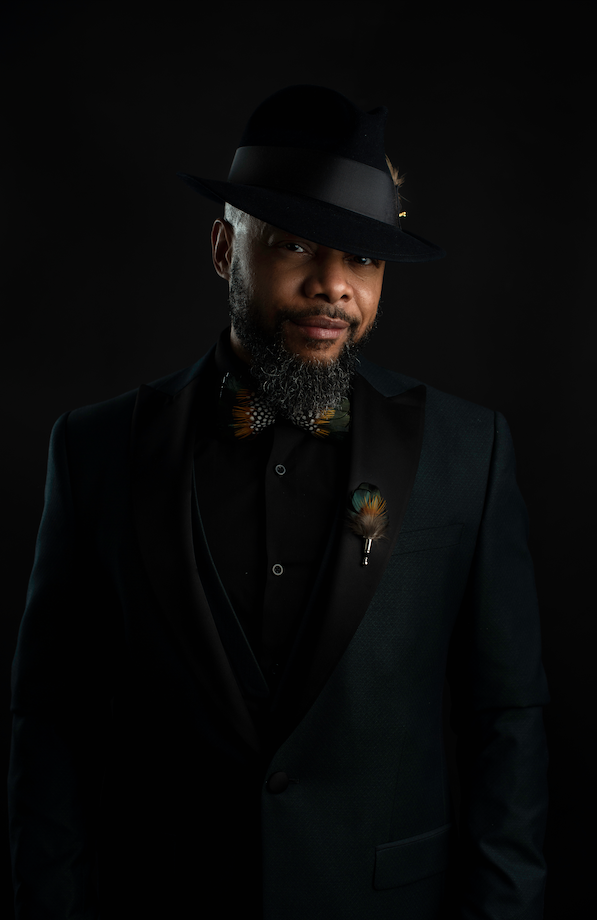 Phetote (Fee toh tee) Mshairi (Em shah ee ree) is a poet; author; entrepreneur (New Greenwood, LLC); publisher; performing artist; teaching artist; poetry slam champion; mentor; advocate; actor; songwriter; playwright; curator; host; and keynote speaker from Tulsa, Oklahoma. He earned his B.B.A. from Langston University, with a major in Business Management. Phetote is on the Poetry/Spoken-word Committee at Living Arts of Tulsa. He conducts poetry workshops and occasionally participates in the Artist in the Schools program with ahha. He is also a mentor with the 100 Black Men of Tulsa. Phetote has been writing poetry ever since he was a young child wielding a pen as a Word-smith's apprentice. Phetote appreciates the power of words and lives poetically. Phetote Mshairi is a published poet in various anthologies, newspapers, and magazines. He wrote and performs an avant-garde multimedia play called, "Letters to Her, from Phetote", with an original soundtrack bearing the same name. He is the author of two poetry manuscripts: "An Old Fart and a Thousand Sentiments" and "An Old Fart and His Chapbook". They are written in over 20 different poetry styles along with instructions on how each poetry form was made. Phetote curates interdisciplinary performing arts events ("Letters to Her from Phetote: YAY; nay; or Maybe? Reading"; "Examining Change"; "Poets vs. Rappers II, III, IV, and V"; and "If They Should Come in the Morning" to name a few). Phetote has two music albums in the works. He is also a featured artist on over thirty Hip-hop, Gospel, and R&B songs. Phetote Mshairi wrote and performed a poem for the unveiling of the Smithsonian National Museum of African-American History and Culture, U.S. postage stamp. He played "Red Carter" at the Tulsa Performing Arts Center in the TATE Award winning play for Outstanding Production, "Seven Guitars" by two-time Pulitzer Prize winning author, August Wilson. The play was presented by Theatre North. He wrote the spoken-word narration for the award-winning short film, "Out from Smoke and Ash" directed by Lisandro Boccacci. Phetote played the lead (Alfonso Jones) in the award-winning short play, "The Moon is My Neighbor" by Shadia Dahlal. He has also acted/read in the stage plays and readings: "Pablo Neruda" by William (Bill) Matthews; "The Bad Seed" by Maxwell Anderson; "Teen Dad" by Tulsa Artist Fellow, Adrienne Dawes; and a lead actor in the short play, “7th Inning Stretch” by Tulsa Artist Fellow, Quraysh Ali Lansana. Phetote collaborates with artists from various disciplines. He has performed in over 500 events. He is often commissioned to create original pieces that he features for a plethora of community causes and special occasions. He has also written promotional advertisements for DallasCowboys.com Radio; the NFL Playoffs; the NBA Finals; and the Old School Sunday Night Live radio show on 105.3 KJMM in Tulsa, Oklahoma. Phetote wants to bring more notoriety and appreciation to Spoken-word as a respected art-form.