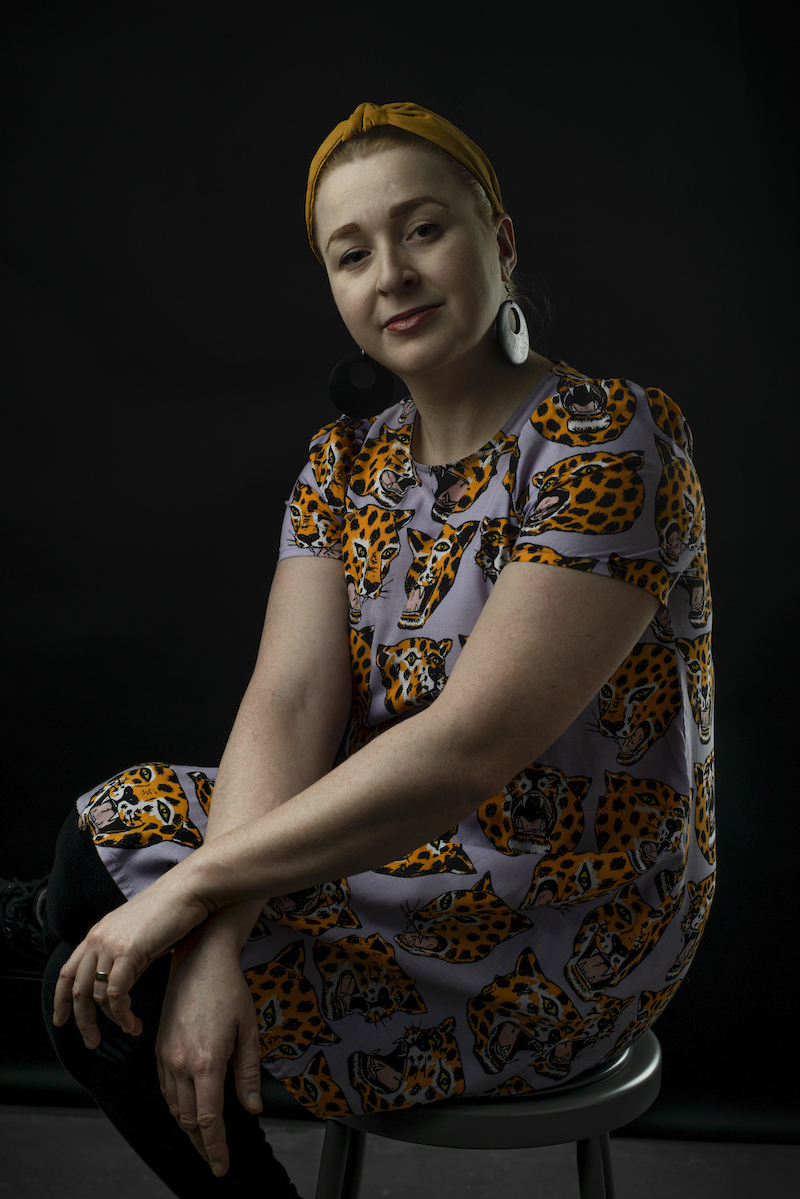 Sophie Goldstein is an award-winning graphic novelist, illustrator and comics instructor living in Tulsa, OK where she is a Tulsa Artist Fellow. Her work combines the gut-punch of pulp science fiction and body horror with the seductive power of art nouveau and pristine design—exploring moral grey areas in black and white and challenging our cultural narrative of linear progression and techno-utopianism. Her most recent book, “An Embarrassment of Witches” from Top Shelf Productions, is her second collaboration with Jenn Jordan. Her other graphic novels include “House of Women,” a collection of the award-winning self-published mini-comic series from Fantagraphics, “The Oven,” from AdHouse Books, which won two Ignatz awards and was nominated for Slate Magazine’s Cartoonist Studio Prize and Sophie’s first long-form comics endeavor, “Darwin Carmichael is Going to Hell,” co-written with Jenn Jordan, which was self-published with funding from Kickstarter in 2013. Sophie has also illustrated a children's book, “Poopy Claws,” written by Gene Ambaum. Her comics and illustrations have appeared in various publications including New York Times Magazine, “Best American Comics,” “Fable Comics,” The Pitchfork Review, Cicada Magazine and The Nib. In her role as a comics educator and enthusiast, Sophie has spoken at her graduate alma mater The Center for Cartoon Studies, the Solstice MFA in Creative Writing Program, the University of Pittsburgh at Greensburg, Rutgers and the Chicago Institute of Art and the Carnegie Public Library. She has also acted as a script consultant, student thesis advisor and comics mentor at various schools and in private consultations. Currently she is a core faculty member for Graphic Novels & Comics at Lesley's University's low-residency Creative Writing MFA program. In 2017 she travelled to Denmark for two weeks to supervise students on their Senior Projects at The Animation Workshop and in 2016, she participated in a workshop at the Humboldt University in Berlin with an international panel of cartoonists on the graphic-novel textbook, Eating Anthropocene: Curd Rice, Beinenstich and a Pinch of Phosphorus—Around the World in Ten Dishes, for which she illustrated a chapter. Her art has been exhibited in group shows at the Toonseum in Pittsburgh, PA; the Turchin Center for the Visual Arts in Boone, North Carolina; Anno Domini in San Jose, CA; the Syosset Public Library, in Syosset, New York and The Center for Cartoon Studies.